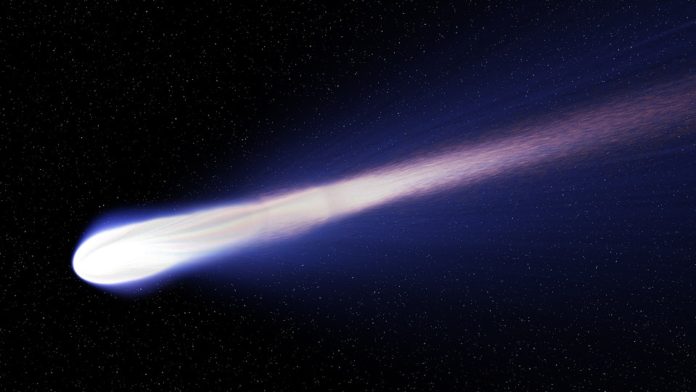 Since the dawn of time, men and women have looked up into the sky, looking for answers. Why are we here? Where are we? And what are those shinning lights in the night sky? Astronomy thus began, and it is the study of that beauty that we call the heavens.

Astronomy today is simply not looking up at the stars, finding new stars, and analyzing catalogued stars, it encompasses many different areas. For example some define astronomy as the study of the motions and natures of celestial bodies, while others will say that it is about studying the objects and the matter in space, while yet others define astronomy as the study of the Universe, which includes everything.

The study of astronomy has gone on since the dawn of time. Men and women wanted to know more and looking up with thought and wonder amazed people thousands of people as it does with us. The study of astronomy is science. And men and woman started spending more time studying what lay outside of the sphere of our Earth.

This study of astronomy has advanced over the years, whereas a thousand years ago there were no instruments that could give us a peak of what lay outside the Earth, like our planets. In fact for so much time men and woman believed that we were the center of the Universe. However, as we have progressed we have found the Earth is round, and we are not the center of the Universe, but on an arm in the Milky Way galaxy; one of many hundreds of billions of other galaxies.Telescopes are used for actually viewing the heavens and celestial bodies. The term celestial bodies, means the stars, the galaxies, the planets and all objects in space.

It was Galileo Galilee who made his own kind of telescope, and viewed Saturn, and said that Saturn looked like it had ears! And this happened only a few hundred years ago! Another major contributor to the telescope was Isaac Newton, who also was the first one to find gravity exists when an apple fell on his head!

Astronomy is simple and amazing. It has transformed our view of our Universe. The study of astronomy did not come with ease. For a long time the repression of the facts about our place in the Universe was hidden. Many were even put to death because of there views in astronomy. These pioneers paved the way for us, and today we can look billions upon billions of light years away and see objects which would not be possible to physically visit in a lifetime.

Astronomy has to be one the most humbling of all subjects to study. Just the thought of our universe, being like a grain of sand in a sandy shore of universes, is enough to make me want to crawl back under the sheets. Everything just seems so immense, and beyond comprehension. Where does it end? Is it possible to get to the end of space? Astronomy tries to come up those answers. Like any science, Astronomy asks far more questions then it can answer. But, that’s part of what makes it so fascinating. Ever since the first adventurer wondered what was beyond the next horizon, humans have been trying to expand their boundaries. Astronomy is carrying on that fine tradition. It’s a pretty big horizon, and maybe one that doesn’t end? Who knows, only astronomers of the future will be able to answer that question.

We don’t have to go that far with astronomy, to be truly fascinated. Our own friendly sun has some pretty interesting things going on. Did you know, that the sun moves at a rate of 12 miles per second. That’s 720 miles per minute, or 43,200 miles per hour. Good thing it’s got a big gas tank huh? And it’s moving towards the constellation Hercules. Better get out of the way Herc! Another interesting astronomy tidbit here. I bet you thought the sun was about the hottest thing around. Well, not even close. The surface of the sun is hot, at about 10,000 degrees farenheit . But, there is something here on earth that is 3 times hotter. Care to guess? Some people have even been touched by it, and lived to tell the story. Lightening is 30,000 degrees farenheit . Cool huh? One more startling sun fact. There are 92 natural elements on earth. You remember that periodic table of elements from high school science, those elements. Well, two thirds of those elements have been identified in the sun. Not sure who checked, but they are there. And, scientists believe that the other third are most likely in the sun as well. Hard to believe our home planet full of water could be so closely related to that big fiery ball of gas. Astronomy spins a pretty fascinating tale.

Like those adventurers who came before us and were drawn to venture beyond their horizon. I believe that star gazers of today will be our future boundary busters. It may have been a while since people have walked on the moon. But it’s just a question of time. Human nature just doesn’t allow us to settle for what we have. We’re always looking beyond. And astronomy is building that map, and trying to help break down those boundaries of today. It’s not only fascinating to imagine where we will go next, but essential to our survival. We are spending the resources of this planet at an alarming rate, and sooner before later things will run out. The planet will survive of course, but we may not. It is time to venture out, and find another planet like earth. Not just for the sake of discovery, but because we need to. Soon. Hopefully, we will arrive there smarter, and a little more careful. In the mean time, astronomy is paving the path for ours and future generations to follow.

The Best Valued Binoculars for Kids: 7 Reasons To Buy

What Happens To The Body After Quitting Smoking?