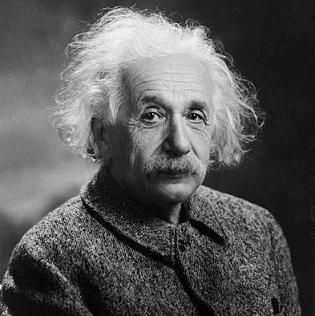 Physics is a branch of science that deals with the study of matter and energy and the correlation between them. Being an ancient school of thought, there is no wonder that it is a credible body of knowledge that has been proven with the test of time. The study deals with the physical world entities and observes and registers how and why matters and things behave in a particular manner.
Physics, as a matter of fact, is all around us. It is an essential part of life that many people for example, commoners take so inconsequential. But if you attempt to familiarize yourself with it, you will realize that physics has been central in almost every sphere of one’s life. From your birth through your sicknesses and studies, it is there with you.

Physics, being a science, consists of a number of scientific laws upon which many other sciences are based like chemistry, biology and others. It has been approved as an essential pure scientific field that observes, tests, and records the way motion, force, circular motion, fluid dynamics, oscillations, waves, optical instruments and heat and thermodynamics work in relation to each other.

May it be appliances at home, your electronic gadgets in hand, country’s economy, means of communication, or transportation system, physics has got it all covered for you. From simple electromagnetism to more complex quantum optics, it has been crucial to our day to day lives.

Physics, in addition to this, is helping medical scientists and specialists to work with better and more useful machinery in order to evaluate symptoms, diagnose diseases and treat lethal illnesses like cancer and hepatitis. Medical specialists are confidently employing mechanisms that are produced by this awesome science named physics. The advanced technology gives you a complete clue about what is going on inside the human body through its ultrasound and x-ray machines. Think of more common things like a blood pressure and you would not be able to deny its importance. The apparatus identifies the health issue in a few moments, and takes you towards health as soon as you take the first doze of medicine. It was not possible a few ages ago when people use to rely on their instincts to cure ailments. Thanks to all the incredible founders of it whose contributions have made our lives so much easier to live.

The most fundamental quantities that can be used to describe the physical existence of the world are length, mass and time. The rest of all quantities are known as derived quantities, which means as the term shows it, are taken from above mentioned ones or a combination from any of these.

Issac Newton has been an important figure in the history scientific discoveries with his development of laws of motion. Through his laws, Newton explained the nature of motion in physical environment that also includes the behaviour of acceleration and forced applied. In addition to this, Newton’s discovery of laws of gravity is still valid with some little but significant modifications by Einstein in his theory of relativity. The idea of gravity was a groundbreaking discovery that explained the magnetism and gravitational force between two distinct objects or masses on the basis of length and height.

The study of motion includes one dimensional and two dimensional motions. In the light of Newtons’s law of gravity, such a motion is then explored further. More interestingly, as you go by you explore that conservative laws are another name of motion. And so this intertwining of ideas and laws then lead physicist towards an end from where they are able to see a clear perspective of the surroundings around themselves.

These laws and conceptualizations provide assistance to physicists to explore the nature of the world and describe its behaviour in relation to it. The influential and potent ideas produced by this science make physicist to go on and look up for difficult aspects of life and present in a far simpler form, as in a machine like a laptop. We can enjoy watching movies, playing games and making projects while using computers but we hardly can understand its intricacies. These gadgets have made our lives much more easier.

In the modern era, computers are becoming the focal point of information and knowledge. Physics is all managing to provide us facility, ease and universal knowledge simultaneously.

How to Write a Good Crab With Knife and Macros