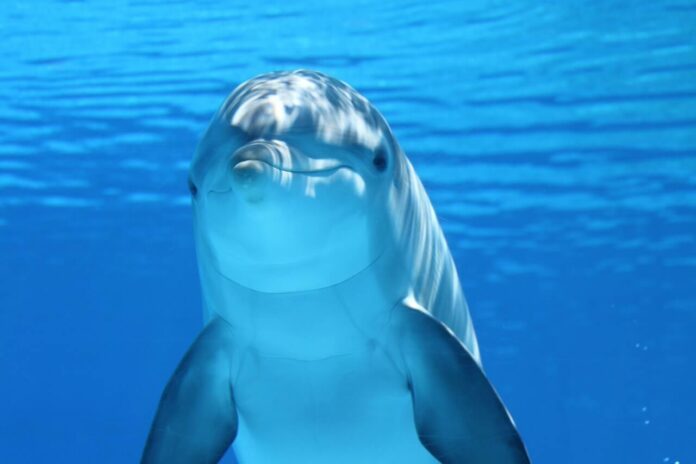 The animal kingdom is a diverse group of living organisms, classified based on certain key characteristics. In sorting them out, we tend to identify four basic types: mammals, reptiles, birds and fish. Within these groups there are lesser species whose distinguishing features fall short of the absolute standards but are nevertheless distinguishable from one another.

Reptiles: cold blooded vertebrates which lay eggs (though some do not) and breathe air through lungs (with certain exceptions).

Fish: aquatic vertebrates (in some forms) with dorsal nerve cord; gills to extract oxygen from water; whose skin is covered with scales; and which reproduce by laying eggs.

Other than that, organisms may be classified in infinitely small divisions. There are tiny organisms that cannot be placed in either of the four main groups or even in smaller groups because they have characteristics of their own which do not fit into any known group. They are called “unclassified” or new species.

What is true of the species within these major groups is more or less true of their sub-species. Many of these are defined by clear cut anatomical characteristics, but there are others which admit of several gradations of more subtle distinctions. Yet even these can be arbitrated with some plausibility because they follow patterns that reveal how the sub-species evolved from a common ancestor.

But what’s even more fascinating is the fact that some of these animals have developed a certain level of intelligence that is almost similar to us humans.

So what are the most intelligent animals on the face of the earth? Stick around as we’ll talk about this topic in today’s article.

Animals have a variety of different types of intelligence, and there is no universally accepted definition that defines how an animal’s ability to think can be measured easily. However, it does seem that some animals are smarter than others when it comes to solving problems.

Intelligence is not just about being able to calculate the best possible solution from the four cards you’re dealt in a hand of bridge. It can also mean being able to work out the quickest way down a tree when you want to escape from a predator or it can be about figuring out where your next meal might come from.

Different animals use their intelligence in different ways and for different tasks, but they all have it in some form or another. Some animals have adapted their intelligence to the challenges that they face in life by developing specialized skills or using capabilities that can be ranked on a scale of primitive to advanced.

The line between ability and intelligence is not always clear, but for this list we took a look at species who have proven themselves to be masters in their own environment. As you will see, there are many different types of intelligence and while humans tend to be at the top for having a highly advanced brain, some animals deserve their fair share of praise.

Some Of The Most Intelligent Animals Species In The Whole World

Octopuses are highly intelligent and take pleasure in solving puzzles, often tediously. That’s because this animal has a large central nervous system that encodes memories as well as the ability to find its way out of a maze with a variety of strategies. Aside from that, the octopus can also mimic other animals and can change colors depending on what’s going on around them. They take shelter from predators by burying themselves in piles of shells or stones or even covering themselves in mud to remove their color and make it difficult for them to be seen. They also have been seen playing with bottles, seaweed, and crabs, even though these objects have no interest to an animal that hunts mainly fish.

On the other hand, sea otters sleep holding hands as they can’t afford to lose each other or their fur would be wet on the wrong side and the dozing sea otter would roll over into the cold water.

Orangutans make nests for sleeping, like birds, but still sleep with arms outstretched and one leg folded up above the knee. Male gorillas, when isolated from other gorillas by a human observer, have been seen to cry.

Cows are said to be able to smell odours at one part per trillion, they see very poorly, but hearing is good for low-pitched sounds.

Elephants have been known to try to revive a member of their herd that is dying, they can pick up the calls of other elephants in distress for miles around and they are the only species aside from humans who mourn its dead.

Chimpanzees can learn words by listening to people speak and then use them immediately in conversation. In fact, some chimpanzees can learn to speak words by copying the inflections of voice with which they are spoken or even say simple phrases when prompted, but it’s unclear if they actually understand what they’re saying. A bonobo in a zoo in Sweden was trained to imitate human speech by pressing different keys on a computer that would make different sounds. Some monkeys and apes can not only use tools but also make them and then give them to another monkey or ape to solve a problem that they otherwise would not know how to deal with. Chimpanzees who live in the forests of Senegal, Africa have been seen using sticks as spears for hunting; other chimpanzees in captivity have used ropes to pull food to them and they even have their own primitive culture, passed down through generations.

Crows are one of the most intelligent animals on earth with problem-solving IQ scores that are similar to those of chimpanzees. New Caledonian crows, which is only found on the tiny Pacific island of New Caledonia, use different techniques for handling different tools, depending on the object being manipulated. They have been observed using a variety of tools to get out of their enclosure in a zoo and they also use twigs or sticks to draw ants out of an anthill so that they can eat them.

Gorillas live in groups where cooperation is essential for survival; when isolated, a silverback male gorilla has been seen to cry and when reunited with his troop, he reached out and touched them apologetically

Orcas, also known as killer whales, have a highly complex social structure and a brain that is larger than a human’s. They can remember the calls of their friends for decades and they even have different dialects depending on where they came from. Orcas have been seen helping injured or sick pod members by lifting them to the surface so that they can breathe or even pulling them to the shore so that they can start to heal.

Lastly, dolphins have been known to save humans from shark attacks. Likewise, they can teach other members of their kind how to use tools; in one instance, a bottlenose dolphin was observed teaching another dolphin how to catch fish by creating a bow wave with its snout that would wash fish into the shallows where they could be easily grabbed and eaten.

Which Animal Is Classified As The “Smartest” Among Them All

Some would say that the smartest animal on earth is the chimpanzee. They learn words by copying the inflections of human voices and can speak simple phrases when prompted, but it’s unclear if they understand what they’re saying. Some monkeys and apes can make tools and then give them to another monkey or ape to use in order to get what they want. Monkeys and apes also have their own primitive culture, passed down through generations. They can even use sticks as spears for hunting.

Also, some apes can learn words by watching other people and mimicking their actions. They can also speak simple phrases when prompted, but it’s unclear whether or not they understand what they’re saying. They can solve problems by using tools to get what they want. Chimpanzees even have their own primitive culture, passed down through generations. In one experiment where chimpanzees were given a box labeled “chocolate,” some of the apes realized that they could use a stick to get the candy inside and others tried to smash open the box with rocks.

Overall, there are a lot of animals who have been observed exhibiting high levels of intelligence which are enough for them to be considered as the most intelligent animals on the face of the earth. The smartest animal on earth may be up for debate for now, but there’s no doubt that some primates and even some mammals exhibit remarkable cognitive abilities. From chimpanzees to dolphins and large whales, these creatures show us how they might be more like humans than we thought possible.

Top Five Ranking in 2019 As The Best Tents for Kids

How Do Planes Fly?