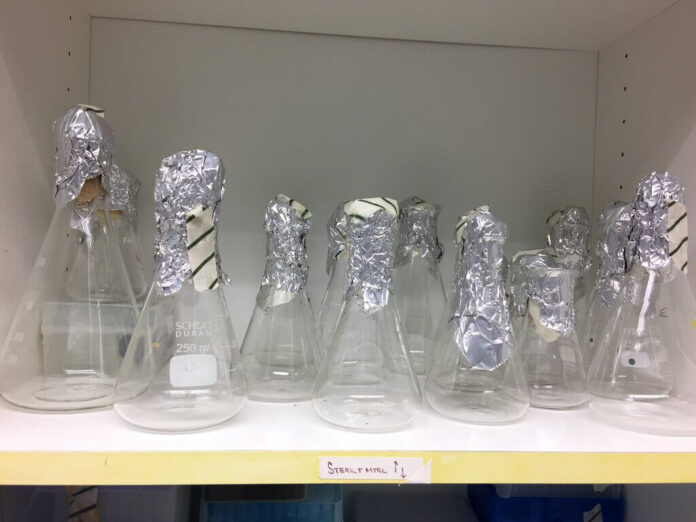 An autoclave tape is a type of tape which most of us are not really familiar with. After all, it’s something that’s often associated with laboratory testing and medical use, so it’s expected that average Joe’s won’t be able to recognize this immediately other than the regular masking or duct tapes.

But if you are working in the medical industry, it would make sense to get to know the usage of this tape in ensuring the sterility of an object that has undergone the autoclaving process inside a medical laboratory.

So how does autoclave tape work? Get to know more about this as we tackle this topic in today’s entry.

Autoclave Tapes Are Made Of What?

Basically, autoclave tapes are kinds of medical grade tapes that are used in autoclaving where an object will be exposed to extremely high pressures and heat so it will be decontaminated or sterilized. This special tape is unlike most conventional tapes since it can indicate whether a particular temperature is reached by changing its color after being exposed to temperatures starting at 121°C.

To be specific, the tape works by changing the color after being exposed to the expected temperature within the steam autoclave. And the change in color is caused by the lead carbonate material which breaks down into lead (II) oxide during the sterilization process.

The tape that is commonly used in many laboratories contains certain levels of lead which exceed the harmful waste limit. Aside from that, some tape brands change color by displaying it in stripes that contain (or may contain) lead. Other than that, some tapes that show the word “Autoclaved” are lead-free.

Moreover, autoclave tapes are impressively resistant to detergents and can support handwritten notes.

The main reason for setting this standard temperature limit is simply to increase the boiling water temperature which is 100°C or 212°F because exposing the object to the normal boiling temperature won’t be able to kill bacterial spores. So by increasing the temperature higher, it will also ensure that no bacteria, germs, or any other contaminants will survive after the autoclaving process.

Chemical indicators serve as visual aids to indicate an object has undergone sterilization process using an autoclave. And most of the indicators change in color, sometimes solid to liquid, after being exposed to pressurized temperatures in a sterilizer or with a combination of heat and steam at a specific time.

How Are Autoclave Tapes Removed?

Although the tape has good adhesion qualities, especially to glassware and stainless steel, they can be easily removed without leaving any tape residue on the surface. All you need to do is soak the container or vessel with the autoclave tape in hot water, leave it there for a few minutes, then slowly peel it off from the edges using a razor blade.

Overall, autoclave tapes are sticky white strips that usually changes in color after undergoing the autoclave process. And it’s a tape that is commonly used in laboratories to indicate that an object is already decontaminated or sterilized.

Five Varieties of The Best Outdoor Toys for Kids

The Types Of Braces As Offered By The Best Dental Clinics

The Last Words of Stephen Hawking