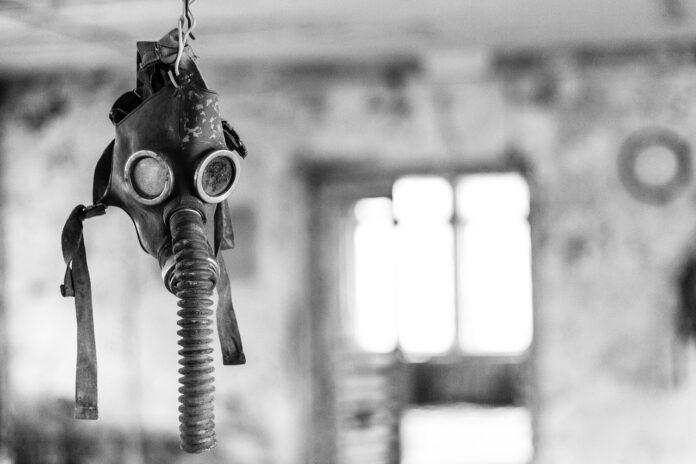 The Chernobyl fallout is a form of radioactive contamination that results from the explosion and meltdown at the Chernobyl Nuclear Power Plant in Ukraine.

It was one of the world’s worst nuclear disasters and it caused serious damage to people and wildlife. The disaster resulted in an extremely high level of radiation which spread across much of northern Europe, Eastern Europe, Russia, Western Asia, as well as parts of North America.

The disaster can specifically be traced back to the explosion at Chernobyl Power Plant on 25th April 1986. This was reported as being one of the worst nuclear disasters in history. Within an hour, radioactivity levels reached 2800 times what is normal within the plant itself, “the graphite moderator”.

This was caused by a power surge during a safety test which led to explosions and fire releasing large quantities of radioactive particles into the air. The number of people killed directly by this disaster is widely debated, however it is estimated that around 30 deaths were caused by acute radiation syndrome within the first few months alone.

This was only the immediate impact though on the population surrounding the power plant. The country of Ukraine was the most affected by the Chernobyl fallout, with around 5 million citizens still living in contaminated areas today. And while it has definitely caused human casualties, the effects of the fallout have allowed plants and wildlife to thrive in the area, which leads us to the question: Are animals in Chernobyl have experienced some kind of mutation?

Stick around as we’ll look into this topic about Chernobyl animal mutations: what happened to them after the fallout disaster in today’s blog post.

The Animals Surprisingly Survived Despite The Harsh Conditions

One of the most interesting facts about Chernobyl is that many animals that lived in the area around the plant survived, or were at least able to live with, radiation. One study found that only 1% of mice studied had any genetic mutations caused by radiation exposure. Another study showed that some mice could actually be more resistant to radiation than humans.

This type of protection is not limited to just one species, either. For example, birds living in the region have also been shown to have developed increased resistance to radiation. The reason for this is even more interesting. Cells contain small components which repair proteins in our bodies, so when the cells are damaged, they send out a ‘repair’ signal to let the body know that it needs help. But sometimes it can take too long for these signals to be sent or received and this can lead to mutations or other damage that cannot be undone. So, the cells in animals living around Chernobyl have evolved to produce more of these proteins, so they can fix themselves faster and therefore be able to resist radiation a lot better than other species.

There are some other ways that humans and animals can avoid radiation poisoning as well. For example, birds could fly away from the area which is affected by the fallout, or plants could grow new leaves to replace those that have been killed. This is called “adaptive response” and it’s actually something we humans are able to do as well. But it can take some time for us to develop these mechanisms so they are mainly used in future generations of the same species instead.

Aside from that, animals have also adopted ways of avoiding getting too much radiation. Some animals just stay inside their burrows for long periods of time, which helps because it protects them from rain which can collect radiation and then be carried into the area by wind.

Another interesting impact that Chernobyl has had on animals is that some animals have started to adapt in order to eat food sources with low levels of radiation, like leaves. This is because animals which eat plants absorb the radiation that these plants had taken in when they were alive.

One of the most common beliefs associated with the subject of Chernobyl animal mutations is if the animals living in the area are glowing. But the fact of the matter is there may be a few reported cases of animals that have been found glowing in the Chernobyl zone and yet the causes for this are unclear. This could be a side effect of radiation exposure, or it could be a property of a certain species. Nonetheless, there is no evidence either way.

The most likely explanation for this phenomenon is that it’s a by-product of the radiation. The main causes for glowing in organisms include bioluminescence and fluorescence, so if we look at how these happened, we can probably explain the cause behind glowing animals.

Bioluminescence occurs when an enzyme called luciferase is activated by a certain molecule called luciferin. To activate the enzyme, energy in the form of ATP must be provided in order to link these two molecules together. This reaction produces a blue light which can then be seen in some organisms. However, this does not mean that this would cause an animal to glow because these reactions don’t happen often.

Another way this could happen is through fluorescence, which is when an organism absorbs light of one wavelength and emits it as light of another wavelength. This can only happen if the molecule that absorbs energy possesses certain chemical groups or is exposed to specific forms of energy or pressure, so there are fewer chances for this than bioluminescence.

Also, because fluorescence is caused by energy being absorbed it’s unlikely that an animal would glow in the Chernobyl exclusion zone because it contains high levels of radiation which are harmful to life. This means that bioluminescence seems to be the most likely cause for glowing animals around Chernobyl.

Despite the large amounts of radiation in Chernobyl, there is actually very little data on the actual effects that it has had on animals and plants, especially on the supposed “glowing” phenomenon of animals. However, we can use what we do know about genetics and evolutionary biology to try and predict what might happen to organisms whose populations are exposed to long-term high levels of radiation.

The Fallout May Have Killed Various Insect Species Though

The problem with this is that insects are one of the most successful groups of animals on Earth, so if they are being harmed it must be having some negative impact on other organisms higher up in the food chain.

However, even though animals are having trouble living and thriving in Chernobyl because of radiation exposure we can’t look at them as “doomed populations” because there is always the possibility that they will evolve to be more resistant. In fact, there are actually some species of butterflies that have adapted to live in Chernobyl, so it’s no longer a death zone for them.

There are many different factors that contribute to why scientists expect that some plant and animal populations will evolve resistance to radiation exposure while others won’t be able to adapt. These include population size, genetic variation within the population, and whether or not the population is fragmented.

To be specific, small populations are more likely to go extinct because there will be less variation in their genes which means that they won’t have as many chances of adapting. However, large populations are also susceptible to extinction due to genetic drift, which occurs when allele frequencies fluctuate at random within a population.

Moreover, genetic drift is more likely to happen in small populations because it’s more probable that some alleles will disappear over time, but this only becomes a problem if the population doesn’t have much variation.

Populations are also more vulnerable to extinction if they are fragmented because there will be less migration between isolated groups which means that there can be a loss of genetic variation between them.

If there is less diversity then it’s more likely that some individuals will have traits that make them more susceptible to mutations caused by the radiation, and these populations are at a higher risk of going extinct.

The Chernobyl disaster in 1986 caused a great deal of damage to both humans and animals, but some species have actually started thriving despite the presence of radiation. And the evolution of these animals is especially interesting because it provides insight into how plants and animals might evolve in the future to deal with climate change.

Although it’s extremely likely that some populations around Chernobyl will go extinct due to lack of genetic diversity, some species are actually able to adjust to life in the fallout Zone.

5 Highest Reviews on The Best Smartwatches for Kids: Buying Guide