Anywhere you point a telescope and camera in space you’re bound to find some amazing space images. No one has better imaging than NASA, so we’ve taken some of their best photos and served them up here for your enjoyment. From images of star clusters, to huge nebula and supernova remnants, to galaxy-size images, we’ve got you covered. Jump in to this gallery to see them!

This Hubble image captures new star formation in the area known as Gum 29, located a mere 20,000 light years from Earth.

Imagine getting from the east coast of the US to the west coast in 14 seconds. That’s about how fast this dying star is blasting these jets of gas into space. This is the M2-9 bipolar planetary nebula and it’s a short 2,100 light years from where you are right now.

This is NGC 6543, perhaps more famously known as the Cat’s Eye Nebula. While named for its beautiful cat eye-like appearance, the image reveals fascinating interplay of forces that suggests a double-star system. There’s more than meets the eye here.

Here you see two galaxies on top of each other. This image of NGC 3314 gives us a fairly rare opportunity to study the potential dark matter and other subtle structure details of the spiral galaxy in the foreground.

This image is neat, but what is really fascinating is how it was done. The Hubble used a huge distant galaxy cluster called Abell 2218 as a magnifying glass to see even farther away by “gravitational lensing.” Extra credit: there is an odd red dot just left of top center, and researchers believe this is likely an even more distant object than this image field that was made visible by the lensing.

These are called cometary “knots” because they look like comets. But they are not comets–in fact, they are HUGE. Each “head” is at least twice the size of our entire solar system. These are theorized to be from the last stages of a star’s life, when hot gas is ejected from the surface and collides with cooler, high-density gas emitted previously.

This is part of the Cygnus Loop supernova remnant, a massive star death that occurred over 15,000 years ago. The image is a composite of three different images taken in different colors, with emissions ranging in 18,000 to 100,000 degrees Farenheit. It shows the shock wave from the supernova moving through dense gas clouds, resulting in the photon emissions recorded.

This is the Bubble Nebula (NGC 7635), which is a fascinating picture of some star dynamics within a nebula. The “bubble” is actually the boundary layer between the intense particle wind from the star and the less dense and active nebula interior.

This is called the “Eskimo Neubla” because when it is view from a ground-based telescope it resembles a face surrounded by a parka. The “parka” is really most likely a ring of cometary knots (remember those?). The bubble in the middle is similar to the previous image–the intense particle wind of the central star interacting with the quieter gas structure of the surrounding nebula.

This is an image from within our own galaxy, the Milky Way. It is a massive, 4 million year old galactic star cluster with a combined mass of over 10,000 of our own suns. It it home to the brightest star in the galaxy, the Pistol star. While amazing and beautiful now, it will eventually be torn apart by tidal forces.

This is spiral galaxy NGC 4603, part of the super-massive Centaurus cluster of galaxies. The group of galaxies we are a part of is being pulled toward this cluster at over 1,000,000 miles per hour. Fortunately, it is around 108 million light years away. NGC 4603 is also interesting in that it is the most distant galaxy in which we have been able to detect Cepheid variable pulsating stars.

This is the Eagle Nebula, a fascinating system of nebula and star formation. These are massive objects–the left-most pillar is a light-year tall. The pillars are being eroded slowly by UV light, and as this happens smaller and denser gas pockets called EGGs are uncovered. Within those EGGs is often a newly forming star that has been feeding from the larger gas cloud around it. 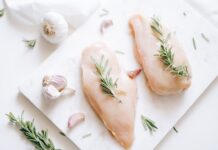 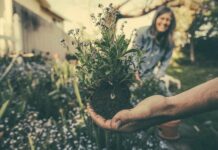