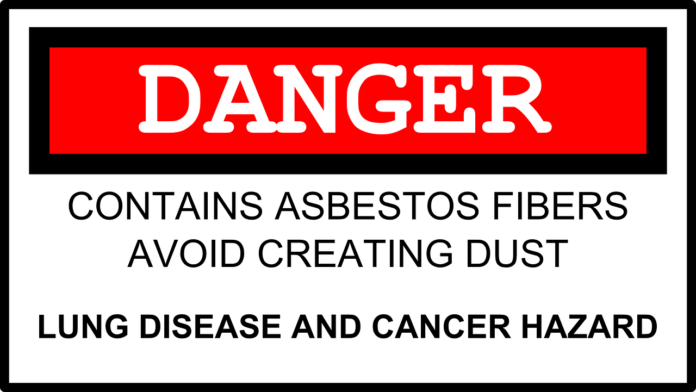 Asbestos is a mineral that occurs naturally and can be generated for various uses. In its pure form asbestos is an excellent insulator and can be used as an alloy of other materials to make them stronger. It’s amongst the most popular minerals on the earth, and human beings have been mining it dating back 4000 years ago. The United Nations has recognized six types of asbestos which include:

These are not the only forms of asbestos, and there exist other forms that are equally as dangerous as the six recognized types. There has been a serious debate on whether other common forms like the richterite and winchite should be included as asbestos. However, recently scientist have determined through the help of recurring laboratory tests that asbestos is harmful to our health. According to the World Health Organization, there are no safe levels of asbestos exposure. Any level of asbestos exposure causes your significant bodily harm. It can cause dangerous diseases like cancer after its fibers are ingested orally or through inhalation.

Asbestos exposure can happen in any setting regardless of clothing. It can range from asbestos contamination of the environment and in buildings that are made using the mineral. Risk also increases with more contact with a person who has been regularly exposed and higher amounts of fibers. Asbestos fibers are so minute they can remain on the atmosphere for days and once in contact with a person the settle in a person’s lungs where they stay for a while. Once in the lungs these fibers the lodge in the lung tissue and cause terminal diseases like mesothelioma, lung cancer, and asbestosis.

All effects of asbestos have a timeline because they become evident. The period is usually the time of exposure to the time you feel sick. According to many health practitioners’ latency periods for disease caused by asbestos is 15-40 years. The most important fact to note is that asbestos diseases are impossible to cure and difficult to treat. The best way to fight and get rid of asbestos diseases is to prevent them. The good thing is there are ways to test the level of asbestos in the body or if you are exposed. The most common method is having chest x-rays which reveal early signs of diseases caused by asbestos. Risk of developing complications from a single exposure to asbestos also depends on age, occupation, and habits like smoking.

Although its use has declined, it is estimated that over 5 million people especially construction workers are exposed to asbestos. Countries like Canada, Russia, Zimbabwe and Brazil which are large-scale miners of asbestos contribute a large number of people affected with asbestos-related diseases. There’s no particular way to remove asbestos in the body, but foods rich in vitamins reduce asbestos levels. As for usage in household and building asbestos has been banned in many countries around the world to reduce its effects on people.

It is advisable for people to check their asbestos exposure levels. Tobacco smokers who have been exposed to asbestos should quit the habit because it increases the risk of lung cancer. People should also have regular check-ups to check for asbestos-related diseases. In a nutshell, asbestos is a mineral that causes serious harm to our bodies both in the short and long run. People should be advised and warned of these consequences and from using asbestos to reduce the increasing cases of asbestos complications.

How Assistive Technology For Autism Helps Students With ASD To Communicate...