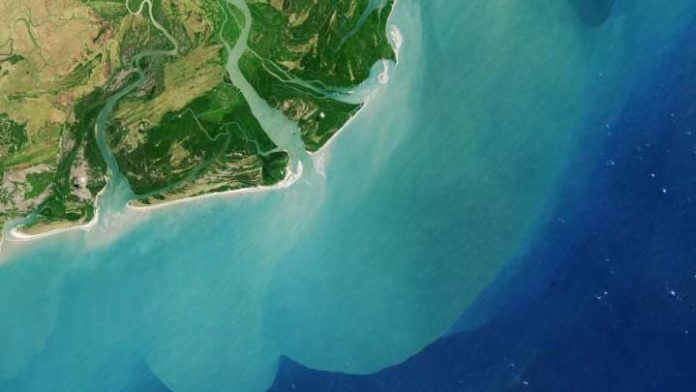 When you think of renewable energy, the likes of wind turbines, hydroelectric dams, geothermal power plants, and solar panels probably come to mind. These are certainly the main sources of the world’s renewable energy, but as some groundbreaking work by Penn State University (PSU) highlights, there may soon be another.

It’s widely known that when freshwater and saltwater meet, the forces of nature act to balance out the salinity gradient. Over time, the concentration of salt molecules will be even across the board.

What you may not realize, however, is that this can also be used to generate an electric current.

If you place a barrier between the two bodies of water, one that allows water to move through but prevents the more massive salt molecules from traversing along, then a type of pressure build up occurs. Technically known as “osmotic pressure”, it increases the more imbalanced the salt gradient gets.

The more the salt is blocked from flowing through to the other side of the barrier, the higher the salt concentration will get in the initial chamber. This increases the osmotic pressure on the second freshwater chamber. This pressure can then be converted into energy that causes turbines to spin, and ultimately you get electricity.

“The goal of this technology is to generate electricity from where the rivers meet the ocean,” said team member Christopher Gorski, an assistant professor in environmental engineering at Penn State, in a statement.

This imbalance also leads to the generation of energy, but the major shortfall here is that it doesn’t produce very much of it.

The PSU-led team, however, has come up with a third method that may beat both RED and PRO, hands down – although they have cheated a little.

First off, the researchers took the technology of RED – something that clearly has potential but not enough oomph at present. They then combined it with a technology known as capacitive mixing (CapMix), which uses two electrodes to capture energy from two different water chambers with very different salinities.

The combination of the two – which separately only draw small amounts of energy – dramatically increased their output. According to the study in the journal Energy and Environment Science, this method matches what can be achieved with PRO, but without the blockage drawbacks.

It’s early days, but the team have boldly suggested that this hybrid technology could generate up to 40 percent of global electricity demands, without a sizable carbon footprint to boot. Is a new type of renewable energy about to walk onto the global stage? Watch this space!

Beluga Whale Knees – Why Are Their Knees So Unstoppable?