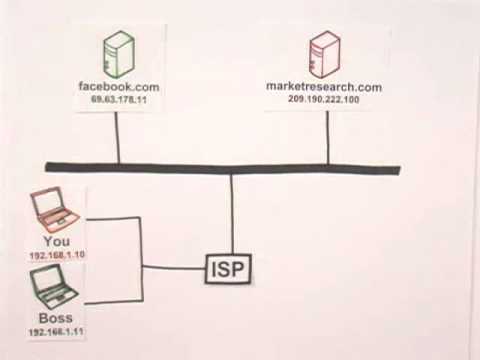 We are all familiar with the concept of the internet, as most of us use it some form or another. But do you actually know how the internet works? If not, here is a simplified breakdown on what exactly the “internet” is:

These interconnected computers generate a networking system], and in order for this network to communicate correctly, and in a logical manner, network “protocols” need to be in place. Network protocols are most commonly known as “transmission control protocols” (TCP) and “Internet protocols” (IP). These protocols are a set of rules that computers follow in order to complete tasks. Network protocols provide a computer language between computers, which allow for clear instructions and transmissions. When you send or receive information to or from another computer, TCP and IP protocols make the transmission possible. This information still needs a way to be gathered however, and this is where an internet server comes into play.

All computers are connected to the internet via a web server. When you connect to a website, your computer sends protocol instructions to a server. The server operates as the go-between computers, and will act as a directory to match up the domain name you requested. The request will eventually arrive to your web server through a transmission known as “packets”. Packets are data files of information that range between 1,000 and 1,500 bytes. Protocols will then arrange the information packets in the correct order, and deliver them in a coherent manner to your computer and your screen.

These three steps work together to create what is known as the internet, albeit in a far more complicated manner than described in these simple terms. If you wish to delve further into what makes up the internet, you will find yourself within a rabbit warren of interesting facts and information. It truly is a fascinating subject. Without the internet we would not have access to so much information at our fingertips, as well as social media sites and instant communication options.

Connecting To the Internet Using A modem;

The internet also provides a great deal of employment opportunities such as website development, SEO web design, internet advertising, and countless other options. It can be used to watch TV or movies, hosting photograph albums, seeking employment, or even for seeking a partner in life. The internet can be used to search for practically anything you decide to put your mind to. In fact, the internet is so ingrained within our culture and daily lives these days, that most of us likely cannot imagine life without it.

In short, the internet is a vast “web” of connected people, places, and ideas. No matter how you access it or how you use it once you are connected, you are free to share your ideas, experiences, and memories with anyone in the world who is willing to listen. This gives a person a great amount of freedom to do what they so choose with, often with little to no responsibility at all.