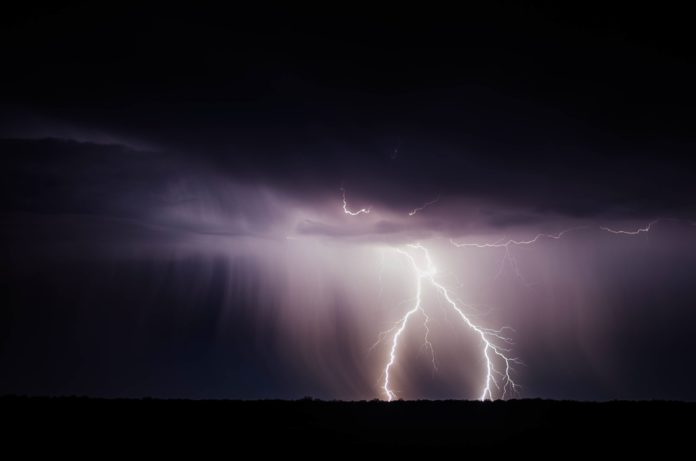 Defying the prevailing fear of nature and the unknown, Christopher Columbus made an unusual discovery during his voyage across the Atlantic in the 1400s, according to an article from the University of California at San Diego (see below). Trade winds were able to carry him across the ocean and back on a reliable circuit, a phenomenon he was able to exploit more than once. That the weather could be predictable enough for human beings to make use of it, rather than fulfilling its traditional role as a spontaneous and supernatural force that should be feared, was enough to draw the attention of early meteorologists, such as Edmund Halley and George Hadley to study, and accurately explain, the trade winds. Thanks to the contributions of these and other innovators in the field of meteorology, humanity is now better prepared for, and able to benefit from, the earth’s ever-changing atmosphere. The following resource is a brief introduction to the field of meteorology. The text below quickly surveys the discipline’s sub-fields, key contributors, historical milestones, and important organizations. The paragraphs are informed by a large sampling of reputable websites, to which links are provided. These allow students and other visitors who are curious about meteorology to use this page as a starting point in their exploration of forecasts, climates, storms, natural disasters, agriculture, and other issues for which meteorology has a great deal of relevance.

Meteorology is the study of the atmosphere, or more specifically, the weather. The field draws from multiple scientific disciplines — hydrology, climatology, oceanography, and others — to study temperature, barometric pressure, precipitation, clouds, humidity, and many other variables that have always had a profound impact on agriculture and seafaring trade. More recently, meteorology has taken into account aviation and the human influence on weather (smog, acid rain, etc). Meteorology has also been one of the more important driving forces behind the spread of communications networks, from telegraphs to satellites. The following are some of the sub-fields of meteorology:

Although the National Weather Service is a good place to start one’s study of weather, a teacher’ edition of a textbook published by NASA, Meteorology: An Educator’s Resource for Inquiry-Based Learning for Grades 5-9, is both illustrative and thorough.

Given the profound effect of weather on agriculture and ocean travel, the amateur study of meteorology is one of the most ancient disciplines in the world. Aristotle himself coined the term, and major innovations were made, especially in the development of technology that measures the weather (see the timeline below) throughout the 17th and 18th centuries. However, meteorology did not truly professionalize until the 19th century with the invention of the telegraph, the development of weather maps, the publication of forecasts in newspapers, and the founding of important government agencies around the world: The U.S. Weather Bureau, the Finnish Meteorological Central Office, the India Meteorological Department, and so on. The following are some of the most important developments in the history of the field:

Robert FitzRoy, also widely known as the captain of the HMS Beagle on which Charles Darwin made some of his most important scientific observations, was the first meteorologist to publish regular weather forecasts. These appeared in the The Times in 1860. His forecasts were derived from earlier efforts to establish reliable weather charts for sea captains. NASA’s Weather Forecasting through the Ages also credits the invention of the telegraph with the widespread adoption of weather forecasts, allowing a far-flung network of telegraphers, working together, to predict the path of a storm and create the first weather maps in the latter half of the 19th century. Another key innovation in forecasting, the weather balloon, was developed in the first half of the 20th century. The instruments on board these balloons could transmit data (pressure, temperature, humidity, etc.) to remote locations, allowing even more accurate tracking of fronts and other phenomena.

The following organizations have the widest scope and attempt to provide information for anyone interested in meteorology, no matter their level of expertise. The National Weather Service, for example, includes up-to-date forecasts and weather advisories that are accessible to nearly all visitors, but also maintains anInformation Center with a library, a job board, and other services. The same is true of the American Meteorology Society and the The National Weather Center, although these associations are particularly focused on students and researchers. Finally, Career Information: A Guide to Meteorology Resources, is a helpful directory of links to additional resources, organized by topic: meteorological history, precipitation, equipment, and so on.