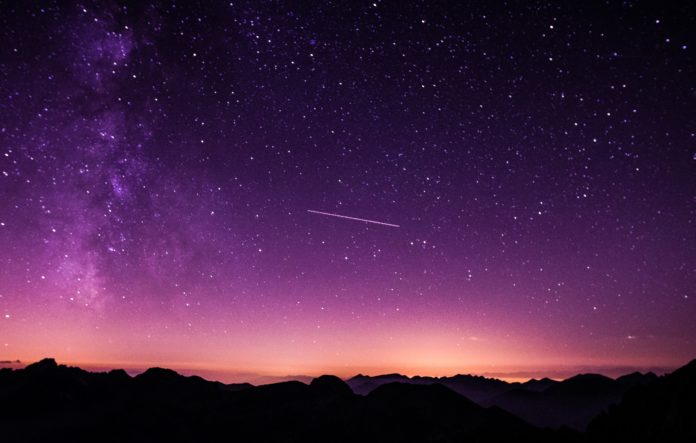 According to the U.K.’s National Space Centre, there are nearly 8,000 Near Earth Objects (NEOs), or large bits of debris leftover from the formation of the solar system that pass within 45 million kilometers of the Earth: a hair’s breadth in astronomical scales. NEOs can be either asteroids or comets, and the 800 objects scientists are most concerned about are larger than a kilometer. Were they to strike the Earth, they would create havoc of cataclysmic proportions. Otherwise, much smaller rocks — meteors — come into contact with the Earth’s atmosphere on a regular basis and provide spectacular shows for both astronomers and hobbyists as they incinerate. The sections below provide a brief introduction to, and history of, some of the solar system’s smaller phenomena: comets and meteors. The information is particularly geared toward students and amateur observers, offering frequent links to external resources from NASA, the Smithsonian, professional periodicals, and individual astronomers. The penultimate section also quickly outlines some of the often confusing distinctions between meteors, meteorites, falling stars, and other objects.

The Science of Comets and Meteor Showers

In its website on the topic, the National Air and Space Museum (NASM) describes a comet as a “dusty snowball” inside an outer casing of ice that, like planets, travels in an elliptical orbit around the Sun. This solid portion, or nucleus, may be water ice or any number of substances that normally exist in gaseous states, often mixed with bits of rock. Around the nucleus is an enormous cloud of gas (up to 3 million kilometers). Finally, the tail of a comet is a trail of gasses and particles that come from the partial melting and vaporization of the nucleus from the sun’s heat. Regardless of the comet’s trajectory, the tail points away from the Sun due to solar winds. Aside from the information provided by the NASM, NASA’s Comets page provides both information and large photographs. A meteor shower, according to the American Meteor Society, is a large cluster of small particles falling into the Earth’s atmosphere at incredibly high velocities. The friction between between these tiny rocks or chunks of ice and the air in the atmosphere causes them to burn up, creating dazzling light shows. In fact, one of the main causes of meteor showers is the trail of comets. When a comet crosses paths with the Earth’s orbit, they leave behind trails of meteors called streams. When the Earth passes through one of these streams, the particles rain down on the atmosphere, providing streaks of light as they burn. The educational website, StarDate, posts a list of predicted meteor showers each year that can be seen from the continental United States.

The study of comets and meteors prior to the Renaissance was primarily a spiritual pursuit. Like eclipses, meteor showers and the passage of comets were often seen as a portents by astrologers and mystics. One of the few voices of reason during antiquity was the Roman scholar, Lucious Annaeus Seneca, who in his Naturales Quaestiones suggested that comets were, like planets, heavenly objects on predictable paths, as explained by Ian Ridpath. Seneca’s observations, however, were largely ignored. Edmond Halley (see below) was the first European to conclude that comets were a part of the solar system, and the development of the telescope after Galileo’s time was critical in helping Halley and other astronomers identify these small bodies as pieces of rock and ice debris that orbit the Sun. George Forbes goes into more detail in Chapter 14 of his History of Astronomy, available for free online through Project Gutenberg. One of the most famous examples of such phenomena is Halley’s Comet, the earliest recorded observation of which was perhaps in 240 B.C. by the Ancient Chinese, according to astronomer Gary W. Kronk’s history on the subject. The comet was observed periodically by the Chinese and Bablyonians throughout antiquity and the Middle Ages, but went unnamed until 1705 when Edmond Halley determined that the object was the same comet appearing periodically throughout history: every 76 years, to be exact. Halley’s Comet is also notable because its passage in 1835 and 1910 mark the lifespan of Mark Twain. Finally, the comet last came near the Earth in 1986, from which the best photographs are available, and is expected to return in 2061. Detailed information can be found in the long excerpts from Ian Ridpath’s books, a Comet Called Halley. Other famous comets include Comet Hale-Bopp, infamous for inspiring a suicide cult in 1997, which has has an orbit of 2,500 years and was one of the most visually impressive of the 20th century. According to a Discovery News article by Ian O’Neill, the comet has since traveled far enough away from the Sun that its trail has diminished significantly. Another example was Comet Shoemaker-Levy 9, here described by Dan Bruton of Stephen F. Austin State University, which famously broke up into pieces and collided with Jupiter in 1994. Jupiter’s massive gravity is somewhat of a boon to Earth, as it tends to clear a great deal of the debris from the solar system before any of it has a chance to affect the Earth.

Meteors, meteorites, and meteoroids represent just some of the terms that refer to the wide array of small extraterrestrial objects that are often confused with one another. A guide to all the terms described below can be found at Geology.com, although most of the links in each entry lead to more detailed explanations.

Get ready for teleporters