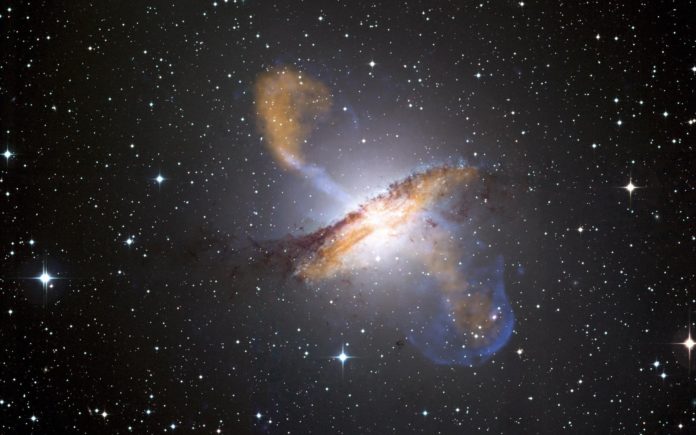 Albert Einstein’s Theory of Relativity was a major breakthrough in theoretical physics, helping to pave the way for further investigations of the workings of the Universe. Einstein’s posits concerning how gravity would impact the movement of light – tested during an eclipse in 1919 – were used in 1972 when the starCygnus X-1 was shown to have distinct properties in the way that it distorted the light coming from nearby objects in ways disproportionate to its size. Taking Einstein’s conjectures about black holes into account, scientists classified Cygnus X-1 as such a type of star, the first ever discovered. The term black hole wasoriginated by John Wheeler in 1967 to describe the dense cores left behind by exhausted stars described by Einstein in his work concerning relativity.

A black hole is a star – having at  least three times the mass of Earth’s Sun – which has been transformed over the course of time by the expenditure of its nuclear fuel. As the star loses energy and begins to cool, the increased weight compacts the star’s structure. If the star has enough mass, the instability caused by the weight will be too great for the atoms’ neutrons to sustain and the entirety of the star’s mass is compressed into a small volume with an infinite density, making the gravitational acceleration toward its core at least as great as the speed of light. As a result, light drawn into a black hole travel no further. Since the discovery of Cygnus X-1, scientists have developed a system of classification to take account of what can be called a black hole. Dynamically confirmed black holes are objects having more than three times the mass of the Earth’s Sun found in X-ray Binary Systems. There are currently 20 such objects in the Universe. A less restrictive definition of what constitutes a black hole broadens the number of objects to include a large number of the Universe’s known galaxies and all of its quasars – to large to effectively calculate. There are two classifications for black holes based on their size – large (supermassive) and small (stellar-mass). The existence of a third – medium – category is theoretically possible, but scientists have never observed the phenomena and are currently debating the possibility of their existence. Small is primarily a comparative term, given that the mass of the smallest black hole in the Universe still exceeds 100 million times that of the Earth’s Sun – equating to roughly 50,000,000,000,000,000,000,000,000,000,000,000,000 pounds.

What are their properties and structures?

Knowing the exact constitution of a black hole is a speculative venture with the majority of scientists’ understanding being arrived at through their knowledge of theoretical and applied physics. New theories about the structure and activity occurring within a black hole are still being devised and debated within the scientific community. However, there are a number of agreed-upon structures which help scientists to discuss the topic. Black holes have a simple structure and are composed of an event horizon and a singularity. The event horizon is the spatial area surrounding the black hole where the gravitational pull has sufficient strength to no longer allow the passage of light waves. The Schwarzschild Radius is the radius of the black hole’s event horizon. Adding a half Schwarzschild Radius of distance produces the photon sphere. Any object would have to be traveling at the speed of light to achieve orbit around the black hole at the distance of the photon sphere. As gravity impacts the wavelengths of light – known as a red shift – the infinite gravitational acceleration of a black hole causes any light waves to be stretched to infinite length, meaning that if one ever could navigate to the edge of a black hole, one would be able to see to infinity. The singularity of a black hole is the theoretical point where all the gravitational forces at play within the black hole itself converge. Depending on the relationship between the size of an object and the black hole which it is entering, the difference of gravitational force at the singularity versus just within the edge of the event horizon are sufficient to dismantle the molecular structure of matter which approaches the singularity. Questions remain concerning what happens to matter which crosses the singularity – whether it is still subject to the laws of relativity or whether a different set of laws regulates what occurs at that level, and how the existence of black holes can coincide with currently held physical principles such as the Conservation of Matter. The early model of the structure of a black hole, conjectured by Karl Schwarzschild in 1916, suggested that a black hole is a stationary entity. Its impact was localized to a particular area in spacetime. As scientists increasingly studied black holes, they began to determine that black holes spun on an axis and eventually developed methods of calculating the speed of the spin. From the research conducted by Dr. Stephen Hawking in the 1970s, it was discovered that black holes emitted a measurable form of radiation (named Hawking units in his honor). The dispersal is often depicted in visual representations of black holes as vertically shooting jets.