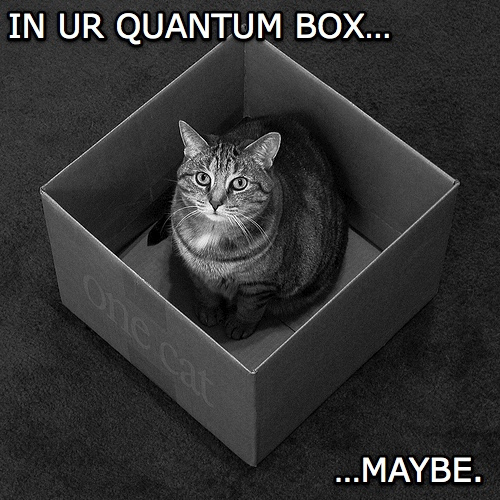 Well, maybe not quite yet.

But Prof. Tongcang Li at Purdue University and Dr. Zhang-qi Yin at Tsinghua University have proposed a mechanism by which the internal quantum state and center of mass motion state of a microorganism can be “teleported.” They also proposed a simple mechanism to set up a “Schrodinger’s Cat” superposition state.

Li says, “We propose a straightforward method to put a microorganism in two places at the same time, and provide a scheme to teleport the quantum state of a microorganism. I hope our unconventional work will inspire more people to think seriously about quantum teleportation of a microorganism and its potential applications in the future.” Yin says “Our work also provides insights for future studies about the effects of biochemical reactions in the wave function collapses of quantum superposition states of an organism.”