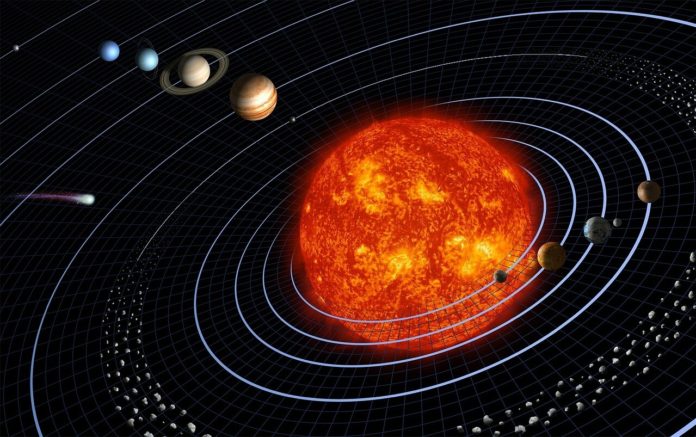 More often than not, the solar system is a topic that frequently talked about in school. And while most of us have some idea about the order of the planets and the different celestial bodies that surround them, there are still some things that we don’t really know about the solar system especially when talking about facts that are somewhat surprising but definitely interesting.

And so in this entry we are going to talk about some crazy solar system facts that only a few of us knows.

1. Which Is The Hottest Planet

It’s easy for most of us to assume that Mercury is the hottest planet considering its close proximity to the sun, but that title would go to Venus. And the reason for this is that Venus has a very thick atmosphere, about 100x times thicker compared to our planet that it creates a greenhouse effect. In short, the sun’s energy and carbon dioxide can’t go back to space which in effect causes the planet’s temperature to rise at shocking levels.

2. Our Idea Of Asteroid Fields Are Inexact

And the next entry in our crazy solar system facts list, a spaceship maneuvering through a colliding asteroid field is a common subject in films. But the truth of the matter is the only asteroid field in our solar system is found between the planets of Mars and Jupiter. And even though there are thousands of asteroids in the belt, the likelihood of 2 asteroids colliding is very slim.

In 2006, Pluto was demoted to dwarf planet status as it does not conform to the new definition of a planet as set by the IAU or International Astronomical Union.  Nonetheless, some experts in planetary science still consider it as planet and making ways to bring it back to its previous planetary status.

Did you know that water can serve as “magma”? While most of us are familiar with the fact that volcanoes spurt lava or magma, the volcanoes on Enceladus and Triton (the moons of Saturn and Neptune) are cryovolcanoes. In short, these volcanoes are made of ice since the surfaces of these heavenly bodies are made of ice. So when an eruption happens, it spurts out water instead of hot lava.

Fortunately for us, the earth is located in an area called the “Goldilocks Zone”, a habitable location where the temperatures and elements are suitable for supporting life.

Of course, the idea of aliens from another planet will always be a common topic when talking about space and the solar system. But most experts agree that if we are visited by extraterrestrial life forms, they are likely to come from other galaxies outside our solar system.

If there’s a possibility of a close encounter of the third kind from a neighboring planet, then we have to find out in the future because scientists are still trying to determine the existence of intelligent life from other planets like Mars, Venus, Jupiter, Neptune, and etc.