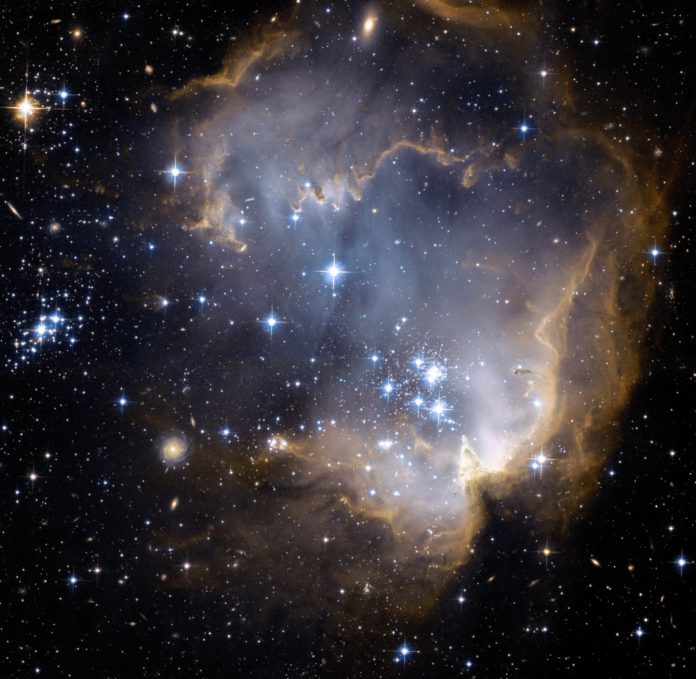 They say that space is the last frontier. We have begun to explore the vast universe that surrounds us. We know that our solar system contains planets, stars, moons, meteors, dust and gas. How many planets, stars, moons, or meteors? Nobody knows for sure, but with the aid of high powered earth based telescopes, images from the Hubble Space Telescope, and space travel and exploration, we are beginning to discover what surrounds our home planet, earth.

A planet is a celestial body that orbits around a star. In our solar system we have 8 planets: Mercury, Venus, Earth, Mars, Jupiter, Saturn, Uranus, and Neptune. There are two types of planets. Earth, Mercury, Venus and Mars are small rocky planets. Jupiter, Saturn, Uranus, and Neptune are gaseous planets. Pluto was at one point considered a planet, but in 2006 the International Astronomical Union changed Pluto to a new category known as “dwarf planet”.

Stars
A star is a immense ball of gas that is held together by its own gravity. Like our sun, a star gives off bright light. There are many different types of stars including red dwarfs, yellow stars, blue giants, super giant stars, and more. Our sun is a yellow dwarf star.

A galaxy is a large system of stars and interstellar matter that can be identified as a distinct physical entity. There are different types of galaxies which are named in order of their shapes. There are spiral, lenticular, elliptical, and irregular galaxies. We live in a spiral galaxy called the Milky Way. Our sun is only one of hundreds of billions of stars found in our galaxy.

Moons
A moon, which is a natural satellite, is a celestial body that orbits a planet. Our moon is the fifth largest natural satellite in our solar system. The surface of our moon displays many craters from previous meteoroid, comet, and asteroid impacts. While meteoroids come into our earth’s atmosphere, they rarely reach the earth due to the presence of our atmosphere. Our moon has no atmosphere to protect it.

The word “nebula” means cloud. A nebula is an extremely large cloud of dust and gas in outer space. A nebula is usually made up of hydrogen and helium. The images of planetary nebula and other galaxies taken from the Hubble Telescope have captured the imagination of many and have increased the interest in space exploration.

The Types Of Braces As Offered By The Best Dental Clinics